Posted by wally on Thursday, 23 January 2014 in Air Quality 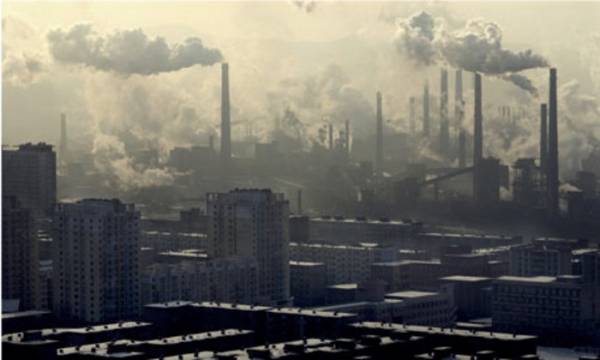 Pollution from China travels in large quantities across the Pacific Ocean to the United States, a new study has found, making environmental and health problems unexpected side effects of U.S. demand for cheap China-manufactured goods.On some days, acid rain-inducing sulphate from burning of fossil fuels in China can account for as much as a quarter of sulphate pollution in the western United States, a team of Chinese and American researchers said in the report published by the U.S. National Academy of Sciences, a non-profit society of scholars.Cities like Los Angeles received at least an extra day of smog a year from nitrogen oxide and carbon monoxide from China's export-dependent factories, it said."We've outsourced our manufacturing and much of our pollution, but some of it is blowing back across the Pacific to haunt us," co-author Steve Davis, a scientist at University of California Irvine, said.Between 17 and 36 percent of various air pollutants in China in 2006 were related to the production of goods for export, according to the report, and a fifth of that specifically tied to U.S.-China trade.One third of China's greenhouse gases is now from export-based industries, according to Worldwatch Institute, a U.S.-based environmental research group.China's neighbours, such as Japan and South Korea, have regularly suffered noxious clouds from China in the last couple of decades as environmental regulations have been sacrificed for economic and industrial growth.However, the new report showed that many pollutants, including black carbon, which contributes to climate change and is linked to cancer, emphysema and heart and lung diseases, travelled huge distances on global winds known as "westerlies".Trans-boundary pollution has for several years been an issue in international climate change negotiations, where China has argued that developed nations should take responsibility for a share of China's greenhouse gas emissions, because they originate from production of goods demanded by the West.The report said its findings showed that trade issues must play a role in global talks to cut pollution."International cooperation to reduce transboundary transport of air pollution must confront the question of who is responsible for emissions in one country during production of goods to support consumption in another," it said.Air quality is of increasing concern to China's stability-obsessed leaders, anxious to douse potential unrest as a more affluent urban population turns against a growth-at-all-costs economic model that has poisoned much of the country's air, water and soil.Authorities have invested in various projects to fight pollution, but none so far has worked. (Reporting by Stian Reklev; Editing by Nick Macfie)