Posted by GreenDog on Monday, 06 April 2020 in Air Quality 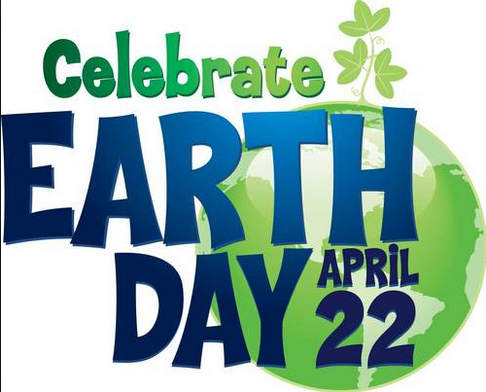 At least temporarily, air pollution that hurts human lungs has decreased sharply along Colorado’s Front Range, and in cities worldwide, with driving and industrial activity ramping down as the novel coronavirus spreads, according to data reviewed by The Denver Post. And this horrific pandemic is giving an unsolicited, yet possibly useful, glimpse of what it might take to bring an atmosphere clogged with toxic and heat-trapping gases, which contribute to climate change, back to a healthier balance.

Particulates pollution, nitric oxide and nitrogen dioxide also decreased this month around metro Denver — by up to 50% in some areas — compared with concentrations a year ago, the data show. Decreases since January were even more abrupt, by 80% in the case of sulfur dioxide downtown.

Air quality researchers at the Colorado Department of Public Health and Environment looked at what fixed sensors were measuring in response to queries by The Post. They provided data from five monitoring stations that federal and state regulators use to track Colorado’s legally mandated efforts to deal with bad air that for two decades has flunked national health standards.

Investigating air pollution trends during the COVID-19 crisis is “premature” and “not a priority,” state officials emphasized, cautioning that more data would be needed to draw firm conclusions.

“We have a network of air monitors throughout the state, including the Front Range,” he said. “We will continue to operate and maintain these monitors, and they will continue to provide us with valuable data. Because the disease is respiratory, air quality is more important now than ever.”

Global decreases, U.S. and European satellites have observed significant decreases in nitrogen dioxide levels following shutdowns in China, Europe and across the United States. Satellite images over the past two weeks, provided by researchers to The Post, showed markedly reduced muck in the air over Los Angeles, New York and Seattle.

Unlike this satellite data, the Colorado numbers come from air-testing instruments positioned near ground level that measure concentrations of multiple pollutants that people inhale.

The data provided to The Post, comparing pollutant concentrations between March 2019 and March 2020, showed the following average decreases:

• Sulfur dioxide (SO2) dropped by 36%. A toxic gas that comes mostly from industrial burning of coal and other fossil fuels, sulfur dioxide weakens lung defenses and impairs breathing. It can cause wheezing, chest tightness and shortness of breath, especially in people with asthma.

• Carbon monoxide (CO) decreased by 20%. The pollutant is linked to driving and other activities that at high levels chokes off oxygen entering the blood.

• Nitrogen dioxide (NO2) fell by 24%. This pollutant wafts out of vehicle tailpipes and power plants, irritating eyes and throats, causing respiratory distress. Scientists watch it as a relatively quick indicator of air pollution trends.

• Nitric oxide (NO) decreased by 26%. A precursor to nitrogen dioxide and ground-level ozone (O3), which worsens respiratory problems and is linked to thousands of premature deaths, it comes from burning fossil fuels.

Measurements of the main heat-trapping greenhouse gases that cause global warming — carbon dioxide (CO2) and methane (CH4) — haven’t been done. These pollutants mix into the atmosphere and concentrations don’t respond quickly to changes.

Too soon to tell, as temperatures rise and soil warms in spring, carbon dioxide levels tend to rise. Record-high atmospheric levels of carbon dioxide and methane are expected this year, National Oceanic and Atmospheric Administration officials said Thursday. And any effects of virus-related ramp-downs on these global warming drivers likely wouldn’t show up for months.

Colorado researchers said it’s too early to determine the effects of virus-related shutdowns on ozone, for which the U.S. Environmental Protection Agency has deemed Colorado a “serious” violator of federal health limits.

Over the past month, driving in Colorado has decreased with hundreds fewer cars on roads each day.Gov. Jared Polis noted at a briefing last week that automatic traffic recorders measured a 60% reduction in vehicles.

Another factor may be a partial shutdown since March 17 after an equipment failure at the Suncor Energy oil refinery north of Denver, which ranks among Colorado’s largest polluters, emitting 800,000 tons a year of heat-trapping and other gases including sulfur dioxide, hydrogen sulfide, ozone-forming volatile organic compounds, nitrogen oxides and particulates. The refinery has been plagued with equipment failures, despite heavy investments, and state regulators on Wednesday sent Suncor a letter urging steps to prevent future problems, saying continued “opacity exceedances” are unacceptable.

In New York, Boston and other cities, air quality researchers are attempting to measure changes in nitrogen dioxide, carbon dioxide and other pollution following the imposition of stay-at-home orders and shutdowns.

Scientists say air-testing data collected during the coronavirus pandemic must be analyzed carefully, taking into consideration the influences of cloud cover, wind and sun — which affect the concentrations of pollutants people breathe.

Meanwhile, World Health Organization teams are investigating whether particulate air pollution may be a vector that spreads COVID-19 and makes it more virulent.

Pollution trends as humans suddenly drive much less and shut down industrial activities amount to what some scientists are calling a massive and unwanted “natural experiment” on air quality.

“Obviously, the priority here is getting through this with the maximum number of people healthy — mentally and physically,” said Boulder-based atmospheric chemist Tammy Thompson, senior air quality scientist for the Environmental Defense Fund.

“But there is this data that can help scientists understand how to improve air quality once things go back to normal. This will help us understand what sources are causing the biggest impacts. And hopefully it will get us more motivated to do something about it,” Thompson said. “There is a link between air pollution and human health.”

Ramping back up, some air experts now are considering the extent to which rapidly ramping up industry, transport and energy activity if the virus subsides necessarily would entail ramping up harmful air pollution. Shifts toward working from home and online meetings, if sustained, could help reap health and environmental benefits.

Non-polluting renewable energy in recent months moved ahead of coal in the United States for generating electricity, and it appears that investment in clean energy is likely to continue after the virus, said Vivienne Heston, spokeswoman for the Institute for Energy Economics and Financial Analysis, a think tank on efforts to accelerate green utilities development.

“That’s good for reducing carbon emissions,” Heston said. “There’s a strong argument to be made for renewables. We are definitely in a transition, and the world has to decide how quickly we want to transition.”

After the economic Great Recession of 2008-09, air researchers estimated that total carbon dioxide pollution decreased by about 2%. But then carbon dioxide concentrations bounced back to record high levels.

Beyond air chemistry, economics and the virus, much will depend on politics, Thompson said.

“We need to have the right people making decisions at federal and state levels who care about cleaning up the air.”